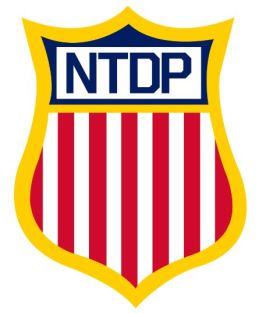 A few months ago, when I was planning a sports trip to Michigan, we had a free evening to potentially find another event to attend. Before ultimately settling on Michigan Volleyball, I looked into attending a USHL game in Plymouth. This was not any old team we would be seeing, instead it would be “Team USA”, a moniker that certainly sticks out in a Standings full of Midwestern city names. I’ve always been curious what this Team USA was all about whenever I stumbled across the league, but never took the time to dive in until now. The whole idea and concept of this team seemed sketchy to me and further reading does not change my mind.

The NTDP part of Team USA stands for National Team Development Program. USA Hockey essentially scouts and recruits what they feel are the best teenage hockey players in the country. Those that join go to school with them where they learn off the ice and on it, in efforts to groom them for the world stage. US Hockey has an Under-17 team and an Under-18 team, both of which play exhibitions against NCAA teams and National Teams, along with playing against competition in the USHL. After initially having a home base in Ann Arbor for years, the program recently took over the former home of the OHL’s Plymouth Whalers and the 3,500-seat Compuware Arena is now known as USA Hockey Arena. The USHL is a junior league, with similar teams made up of young amateurs. Despite a mix of U17 and U18 teams playing, their results make up a schedule that puts them under one “Team USA” squad. The whole thing feels wrong already because you would think this is an all-star team. While that may be the case, they certainly don’t play like one as Team USA has never won a league title and has not had a winning record in the last six seasons.

That brings up another concern…if the team is not winning, is US Hockey successful in their program?. A follow-up is how much money does US Hockey put into the program? These are questions that I can’t answer, but thankfully someone has asked them. For more interest, I encourage you to check out Kevin Hartzell at Letsplayhockey.com as he thoughtfully broke down the US NTDP situation and asked questions of the program. There are three articles on the subject (towards the bottom) and if you are interested, they are well worth the read as Kevin did a great job. My initial feeling of not liking a Team USA in the USHL has not changed after digging deeper and reading Kevin’s insight and questions on the program.