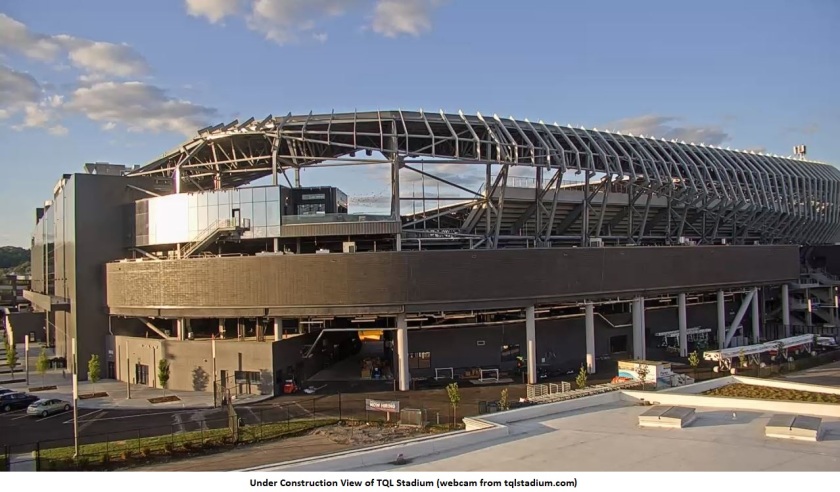 There are some exciting things going on with the Beautiful Game here in the States. Stadium travelers can look forward to great new venues and it starts with Cincinnati where fans flocked to games in USL like no other. After a couple years in MLS, they are now rewarded with what looks like an exquisite stadium in the West End of the city. I can’t wait to see The Bailey loud and proud soon. Staying in Ohio, the Columbus Crew likely open their new downtown stadium later in the summer. Sad to see the old Crew Stadium depart, but this is a very rare instance where a 20-year old stadium was badly outdated and out-of-place. The city that the Crew almost left to, Austin, gets their first professional franchise. It comes with a crap owner (Anthony Precourt) and not so great starts (like doing garbage such as this). Regardless they’ll begin play in the brand new Q2 Stadium this year. And then there is NYCFC. Still no stadium and even worse, they have to borrow the home of their rivals (Red Bulls) more this year.

Down a level to the USL Championship, I continue to have more and more interest here and I hope the fan base continues to build. Colorado Springs opens a great soccer specific stadium downtown as the Switchbacks moved into Weidner Field earlier in the season. Phoenix Rising continues with the “pop-up” stadium concept as they’ve quickly erected a new one on the outskirts of the Gila River Reservation. This one is bigger (10,000) and it has more amenities. The Charlotte Independence also return to a renovated Memorial Stadium. It seems that will be short-lived with the Queen City getting a team in MLS soon, but you never know as somehow the Austin Bold are still going. While Indy Eleven keep trying for their own stadium, they return to Carroll Stadium at IUPUI, ending a pretty stupid run at Lucas Oil Stadium that made no sense on so many levels. Moving up are the Oakland Roots (playing at a small field in Laney College), while going down to League One is North Carolina FC.

Finally, on a personal note, I am planning on returning to the stadium! Now that I’m vaccinated and fans are starting to return, the components are coming together for a normal-ish visit. I’m looking forward to early June for a doubleheader in Virginia. More details as we get closer!