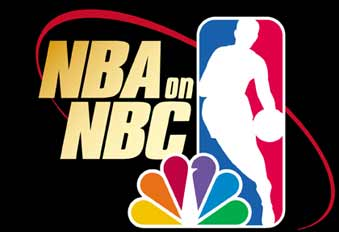 OK, so I know this isn’t stadium-related, but it does have to do with sports. When I’m watching sports on TV, I’m a sucker for cheesy opening montages, great announcing and cool sports themes. With the last two weeks featuring a couple of my favorites, its the perfect time to talk about the best theme music. This post has been a long time coming and I’m sure down the road I’ll delve into my favorite (and most hated announcers). First, the current ones:
a

Rock on Yanni! Arguably my favorite and I look forward to June just so I could hear this and hum it while I’m hacking away trying to break 90 (and sometimes 100)

Still awesome, even if you might get sick of it by the time Week 2 of the Olympics rolls around. John Williams is great. I think the opener is made even better now that you get those beautiful sweeping HD helicopter shots of the host nation and city. Nothing beats those amazing Vancouver shots last year

As much as I love that opening piano, it’s probably not the Masters theme your thinking of. Click the link above and the music by E.S. Posthumus is played a lot of times by CBS during highlights and going out to commercials in the Masters. Gets me pumped for any sport, can’t get enough of hearing that!

A newbie to the list! That theme last year was great and I’m glad to see that ESPN is keeping some variation of that song going as I’ve heard it used for US matches lately

Classic. Rare that CBS has held onto this for so long, definitely nice to continue hearing

Unfortunately, none of the four major sports have a TV theme that I can say I’m enamored with. If I had to pick one, I would probably pick ESPN’s Baseball theme. OK, the next set are my favorite classics that I miss hearing:

Even though I grew up close to Canada, we didn’t have CBC and it wasn’t until I went to college in Oswego, that I found out how much better Canadian broadcasting of hockey was. The second anthem of Canada is in a crappier form now in TSN and its not the same. Somehow CBC lost rights to this song? Still doesn’t make sense.

So many memories as a kid hearing that. Way too many thoughts to write

Same here. My favorite sport and event (March Madness), I can’t tell you how excited I was (and am) when this played and the tournament was about to start. Nice job by CBS in that they’ve kept some variation of this song going through the years as they’ve tried to make it more “current”. Never beats the old-school versions, but its still with us in some form

Short lived, but an underrated great theme. Hearing this makes me think of World Series Day games, Joe Carter and the start of one of the best play-by-play men around, Sean McDonough. When NBC had baseball playoffs in the mid-late 90s they had an awesome theme as well, but I can’t find it

Sticking with CBS, they’ve had some good themes. I’m still pissed about this one as I think it was used only for a year when they returned to football. This one is much better in my opinion than the one they have now

Great theme. I always loved this theme, especially hearing it during their 7-8 PM slotted games. Makes me think of Ron Franklin saying “Timeout on the field and we’ll take it with them, 9:05 to go and our score, 17-17″ as the music would cue up in the background