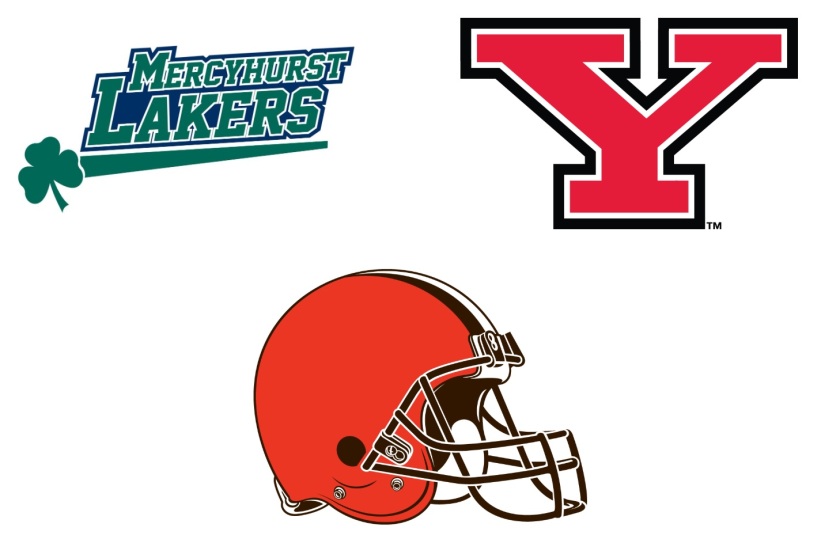 Our annual football trip takes us to the shores of Lake Erie and a little beyond as we attempt to look past the absurd hype for a neutral perspective on the Cleveland Browns stadium experience. Before we get there on Sunday, there’s plenty of places to check out in the days prior. On Friday, I’ll stop in Rochester to pick up my brother and before reaching Ohio, we’ll spend an evening in Erie. The start of the college hockey season perfectly coincides as we’ll head to Mercyhurst for their opening game against Saint Lawrence. The Lakers play in a tiny rink that is not on The List, but nonetheless, it’s the 4th AHA team that I will have seen in less than a year as NCAA Hockey is quickly becoming my favorite stadium experience. Saturday we’ll get an early start to drive down to Canton, where of course no trip would be complete without seeing the Pro Football Hall of Fame. I’ve been there before and it was just before they planned a massive renovation to the whole complex. They’ve hit some snags, but the stadium has been redone and we’ll check out probably the nicest D2 stadium (albeit off-campus) in the country with a game involving Walsh University. Recently renamed after Tom Benson, the facility is not just home of the annual preseason game, but it also hosts college, high school and a championship or two.

After the morning HOF visit and then the 1 PM Walsh game, we’ll drive an hour to Youngstown, where Stambaugh Stadium is the location for a pretty good FCS game between a pair of 4-1 teams at 6 PM. The Penguins have usually been a good draw and I’m looking forward to seeing how folks in the Mahoning Valley respond. The last game on this march through Northeast Ohio is another hour away in Cleveland. A Browns game is a day-long event, so we won’t have much time to tour the city, which is ok because I was fortunate enough to do that last year during a work conference, having explored downtown and also seen the Rock and Roll Hall of Fame. It’s a great place and I really enjoyed Cleveland. FirstEnergy Stadium will be my 5th NFL venue and 41st outdoor football stadium.