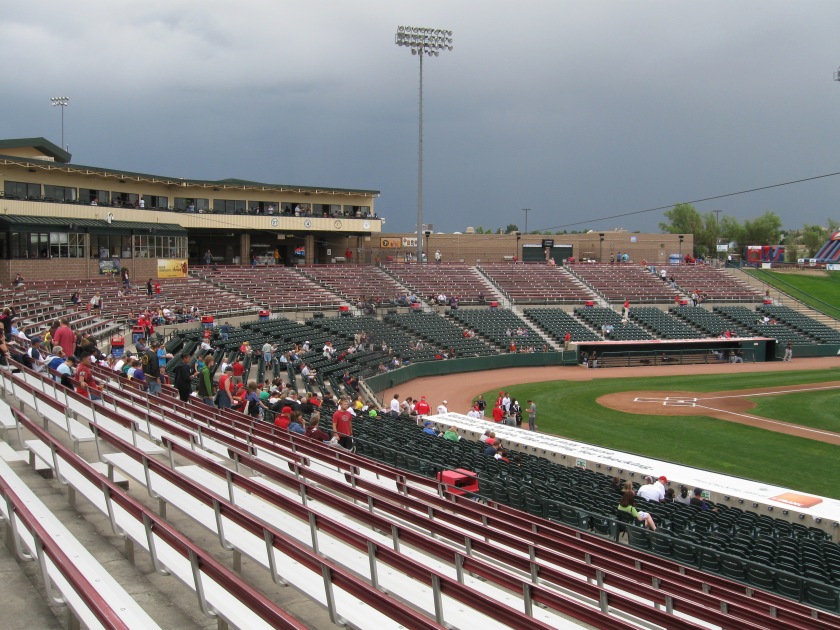 Baseball had a minor-league shuffle during the offseason. Despite not having a plan for a new or significantly upgraded stadium, San Antonio moves up a class to the PCL. They will take the spot of Colorado Springs, who move way down, into the Pioneer League, where they will go by the Rocky Mountain Vibes. The Vibes will play in the league’s biggest stadium as their existing ballpark (Security Service Field) is light years ahead of the American Legion field that was used in the 40 years that Helena played in the league. They say goodbye and while I feel for the folks in Helena who will miss the summer tradition, I do think modern baseball has far outgrown their facility at Kindrick Legion Field. Taking San Antonio’s spot in the Texas League is a new team in Amarillo. They have one of the coolest names for a stadium as Hodgetown opened downtown and it looks like a beauty. Too bad it’s the Sod Poodles for the team name (yuk)

Four other ballparks will open this season, two of them in affiliated ball. Las Vegas leaves Cashman Field for the Lights soccer team of the USL and they head west to the planned community of Summerlin where the former 51s become the Aviators. The name will be short-lived (Las Vegas Ballpark), but the stadium seats will not be, as breathable mesh chairs are just a small part of the added comfort in this ballpark to better deal with the desert heat. In Fayetteville, NC, their new ballpark is going to be a part of a more traditional downtown. Segra Stadium is one piece of a mixed-use development in the always risky play that the whole thing will be worth all the money spent. After a few temporary years in Buies Creek, the city finally gets their team in the Carolina League permanently this season as the debuting ballpark will be home to the Woodpeckers. In the wacky Atlantic League, we have another team bucking their geographical (lack of) identity. After the northeastern outfit went south to Texas seven years ago (Sugar Land), we now have a team in High Point, NC. Amazing that the Tar Heel State does not suffer from oversaturation of baseball teams. The nickname “Rockers” is pretty neat and they will play at brand new BB&T point near the center of the city. Another Independent League sees a new stadium as the American Association goes to suburban Milwaukee, specifically the town of Franklin as Routine Field becomes the home of the Milkmen. Major League Baseball has no significant changes this season, other than that this is the last season for the ballpark in Arlington. Didn’t even make it past its 25th birthday, all in the name of air conditioning.

In College Baseball, the conference with the best fan support saw a few changes in the offseason, most notably in Lexington, where the Wildcats debuted Kentucky Proud Park. By SEC standards, it is quite small at a capacity of 2,500, but it packs a lot of punch having many notable fan-friendly features. On the opposite end of the spectrum is the powerhouse that is Dudy Noble. Mississippi State’s two-year renovation has wrapped up and while the famed Left Field Lounge is definitely different, the concept is the same with a more modernized set-up.