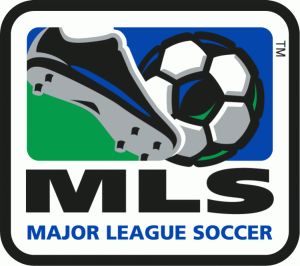 With each passing World Cup, soccer has grown on me just a little bit more. I’ve always enjoyed the sport, but not as much as basketball, hockey or football. After the 2002 Cup, I began following the EPL and after the 2006 event, the whole structuring of world football began making more sense to me. At the same time, the MLS has benefited from each event and now that the league is in it’s 15th year, it is becoming more mainstream and looking to build off the successful 2010 South Africa campaign. A good portion of this success is that team’s are moving out of cavernous football stadiums and into their own soccer-specific stadiums. This has helped both the league and their franchises gradually become solid financially. But on a personal level it also gives us a whole new set of stadiums to visit and admire!

Heading into the 2011 season, nine teams had their own soccer-specific stadiums. Only three played in stadiums designed with only American-style football in mind, while Seattle’s Qwest Field is home to the Seahawks but was also created to hold soccer matches (and it boasts one of the best atmosphere’s in the league). This year, there are two expansion teams, Portland and Vancouver. The Timbers in Portland are completely transforming PGE Park (a baseball stadium) into a unique soccer-only stadium and it should be interesting to see this transformed design. Vancouver meanwhile will eventually head to the renovated BC Place, which is also home to the local CFL team.

We also gladly welcome a new stadium to The List. The Kansas City Wizards have changed their name to Sporting Kansas City (remember when they started as the Wiz? How far they have come) and will be moving to LiveStrong Sporting Park in June. This is a great move as they leave the minor-league ballpark the team previously played in. The stadium is being built in KC, Kansas (not Missouri) and should be fun to see the atmosphere there as the team is rebranded. I have yet to visit one of these new stadiums but am really looking forward to it, especially with two of them just opening up in my neck of the woods (Philly and New York).